Although KRT TV was founded only in 2014, it is a television channel that has gained serious popularity in a very short time. With its brave broadcasts and expert staff, it has succeeded in being a channel that has succeeded in making interesting broadcasts and has never stepped back from its own mission and vision despite encountering various obstacles in this short period of time. He generally continues to broadcast news and discussion programs and the evaluation of the agenda. The channel continues to develop in its own way, with speeches and research made by highly competent people with expert opinions in their fields. The long name of KRT TV, which was founded on September 1, 2014, by Ahmet Kopuz, is Kültür Radio and Television. 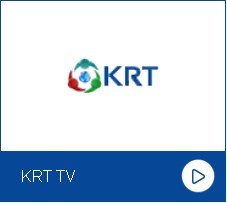 KRT TV, which occasionally broadcasts together with Yön Radio, has a staff of expert television broadcasters, reporters, lawyers, and legal advisors who can have a wide range of comments. Some of the most common and popular programs of the channel, which you can watch while watching KRT TV live on any platform, are as follows:

Tell Me About Religion with İhsan Eliacik

This Is Very Important

What would you say with Akif Beki, Yavuz Oğhan, Inan Demirel?

KRT TV live broadcasts are carried out with very high quality, together with broadcasters and announcers who are competent in their work and whose business ethics and honesty stand out. Led by the editor-in-chief Cihan Güner, this team continues to update itself and increase its quality even today. KRT TV, headquartered in Istanbul, is still managed and promoted from the Mecidiyeköy district of Istanbul.

In addition to television platforms, the use of the internet to watch KRT TV live is a frequently used method. Today, as a result of the development of internet broadcasting both in the national and international arena, you can watch all the broadcasts on the internet at any time or live with very high image and sound quality.

As a result of connecting your computer or smart television to the Internet, you can watch all online broadcasts with your family, friends, or family. While following all the programs, broadcasts with important guests, or important agenda events, you can gather in a crowded way and watch the broadcasts on the internet in this way.

Another option to watch KRT TV on the internet is to watch the channel on mobile devices such as phones and tablets. With today's technology and telephone habits, the types of monitoring have also undergone significant changes.

Using your phone or tablet, you can follow KRT TV live broadcasts wherever and whenever you have an internet connection. Watching television over the internet, without having to be dependent on your home or workplace, has become one of today's normal habits, while walking, outside in cafes or restaurants, via telephones. You can also watch KRT TV live broadcasts on your phone, and you may not miss the broadcasts you want without encountering any different requests.

No subscription or other fee is required from you to watch KRT TV over the internet. Without paying any money, you can catch the broadcasts you expect on the internet, via the device of your choice, by following the stream.

One of the most positive aspects of watching television over the Internet is not encountering problems such as broadcast interruptions or daytime problems. You can follow live broadcasts of KRT TV, and watch discussion and agenda programs whenever you have an internet connection, wherever and however you want. Thus, you will not stay behind the agenda and current developments, and you will not have to depend only on the television device for television enjoyment.

By using the KRT TV live HD watch option, you can have the chance to watch television at extremely high standards in terms of image and sound quality. Broadcasts over the Internet have achieved much higher quality thanks to today's current technological advances.

The easier and more enjoyable way to watch both national and international channels has now changed to follow the broadcasts of these channels over the internet. KRT TV, which has been broadcasting in Full HD both on television and on the internet since 2019, has taken its place among the channels you can watch in this high quality. You can follow the broadcast of the channel on the internet without having to be subjected to the enforcement process like any subscription.

Another advantageous way to follow the broadcast on the Internet is the ease of communicating with the channel. During the broadcast, you can use the contact addresses such as social media or e-mail that you have seen to contact the channel officials by using the device you are watching the broadcast. In this way, it will be much easier for you to convey your wishes, requests or requests.

You can use the internet to follow all national or international channels, including KRT TV, by keeping up with the watching and broadcasting habits of the developing and changing world.

While performing this operation, you can change the viewing activity according to your own pleasure by selecting the desired device type.